3L PROJECT, energy savings which is at the cutting edge in Europe, closes with success

By Sinloc SpA 26 April 2019
Home  /  News  /  3L PROJECT, energy savings which is at the cutting edge in Europe, closes with success 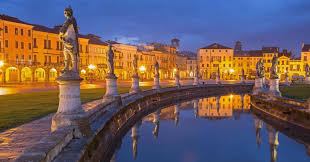 This is announced by the principal, the Province of Padua, and the advisors: Sinloc Spa, the international Law firm Gianni Origoni Grippo Cappelli & Partners and Cooprogetti. The province also acted as coordinator of the provinces and of the municipalities of Padua, Rovigo and Belluno. The project has been defined a reference model and, as such, has received the acclaim of the European Commission and of the European energy authorities. It is capable of showing definitive data of great relevance, starting from average energy saving of around 40% for public buildings and 70% for lighting.

The project, in fact, focused on the sectors of energy efficiency for public buildings, public lighting and district heating. Furthermore, thanks to the intervention of Fondazione Cassa di Risparmio di Padova, it has obtained support from the Elena Fund of the European Investment Bank for roughly 2 million Euros and has generated investments for 72 million, involving around 60 Municipalities of the provinces of Padua, Rovigo and Belluno.

Energy efficiency is a theme of fundamental importance for Local Bodies, from here the relevance of the 3L Project, which shall lead to increasing the energy efficiency of 330 public buildings and 37,000 lighting points, corresponding to potential savings of around 5 million per year and lower atmospheric emissions, equivalent to 11,000 tons of carbon dioxide.

Sinloc for the redevelopment of the port of Olbia